I was thinking about writing and why I do it. I don't really have an answer. Lizzie has a sign in her house that says "Write something every day" and at some point I thought that was a really good idea. I've always liked writing. I used to write little stories, in my younger years. I don't have a muse right now to give me ideas for stories. I thought I had one (a story) last year, and I wrote for a few weeks, but then the muse went away and now I just have some random scenes in a notebook.

Without a fictional story to tell, I write about my little life. I write general stuff here, mostly, and more private stuff in my journal. It's satisfying for me, and I suppose, in the end, that is the why. Writing gives me a little chance at being creative, maybe. My words and my little tales of every-day life certainly aren't anything special, but here it is anyway.

Today I've been going back and forth with myself about how often to write here. You know I like to give myself a schedule, as well as permission to take a break when needed. My first thought was to write a couple of times a week, like Wednesday and Saturday, say. Then I thought about the write every day mantra and had myself psyched up to write here on even numbered days and in my personal journal on the odd numbered days this month. So it will be one of those. I haven't committed to a plan yet. :D 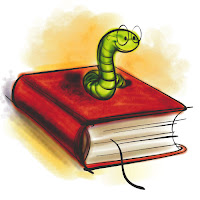 Have you checked out my 2020 Reading Page? I've read 59 books this year! My goal is 67, so I doubt I achieve that number, but I'll keep reading and see how it goes. I've got 29 more days to read eight books LOL

Posted by RedRed at 9:10 PM No comments: 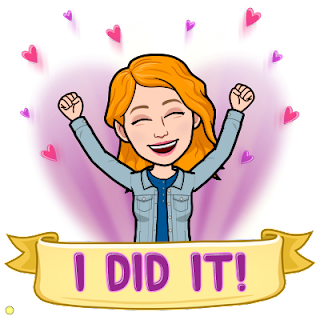 I enjoyed writing here every day, and I liked having a theme to go to daily. Being thankful and feeling gratitude has been so helpful to me, especially in this weird year. Mindset is so tremendously important. There have been times this year when I have felt really down and when I feel sad or angry, I take a second to think about something I am thankful for. I read somewhere this year that finding something to be thankful for is usually right in front of you, so whether it is the warm sockies on my feet, or the sound of my kid having fun with his video game, or my dog making me smile, all that "little" stuff is what makes everything all right.

I hope that each of you will continue to find something to be grateful/thankful for every day. I know that I will!

I'm not sure what my writing schedule will be like in December. I'm not sure if I'm ready to go back to every other day or just write here two or three days a week. For sure I'll take tomorrow off, and figure out what to do. I am more consistent if I have a schedule. :)

My dog, Mac, has two personalities, befitting her two breeds. The husky side of her is stubborn, a little on the crazy side, and extremely energetic. The lab side of her loves to play fetch and to snuggle. Her snuggles are kind of awkward, though. She does not care about boundaries. She'll sleep with her head on my pillow, or using my head as a pillow, as she did last night. She puts her nose in my private areas, probably mostly because it gets my attention and therefore she has my attention. She's kind of needy.

Today she has mostly not let me out of her sight. When I just sat down to write here, she played lap dog, as much as her big body allows her. She stands up on her hind feet and lays her upper body over my lap. Her face is right in my face. There isn't much I can do except pet her when she behaves in such a manner. Now, when I started typing, she did lay down on my feet.

Mac has such a different personality from Osi. Osi was a total pleaser. She was quiet and mild-mannered, in her grown-up years, anyway. When she was younger she was rambunctious and playful, but I don't think to level that Mac is playful and rambunctious. Osi was always the biggest snuggle pup. If I was sitting still, Osi was by me. As I mentioned, Mac's snuggles are sweet but kind of awkward and always on her terms. She's kind of cat-like with her snuggles. She decides when and for how long it will happen.

There have been times when I've wondered if I got the right dog with Mac. She's so much bigger and more powerful and just "more" than I thought I wanted. I've grown used to her though, and I can't imagine being without her. MT and T both love her. MT says she's one of the best dogs we've ever had, after Marley. I think they like her so much because she likes them so much. When any of us come home, the sheer excitement and affection Mac shows is a bit overwhelming and pretty endearing.

The dog is all right. 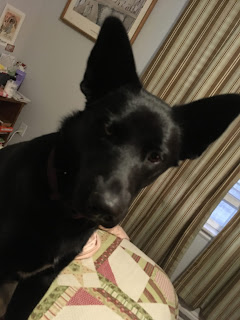 I gave myself a gift over the past couple of days. I decided not to do any household chores, except cooking and cleaning up the kitchen. No laundry, no scrubbing the toilet or paying the bills. I cooked for my menfolk, cleaned up the kitchen (to maintain my own mental health), read, and watched TV. I figured that I would have today and Sunday to get back into my regular routine.

I realized that I don't always give myself permission to just be. I mean, I will be a complete slacker and regret that I didn't do all the stuff on my list. Thursday and Friday were list free, so no regrets! 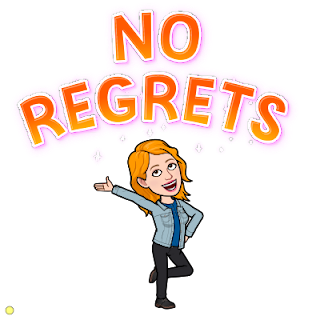 Now that Thanksgiving is over, it is officially Christmas season and I'm here for it!

While I was cooking today I listened to some music. It was fun when Christmas songs came on. I wasn't listening to a Christmas-specific playlist; I think the playlist was called Joy. It was a good one! I like Christmas music.

One of the songs, Last Christmas, reminded me of a movie that came out last year of the same name. I haven't seen the movie, but I added it to my watch list for the weekend. I actually watched the last hour of one of my most favorite movies, The Holiday. I like Christmas movies.

When I took Mac for a walk around the neighborhood tonight, I was delighted by the decorated houses. Many houses had their Christmas trees up. There are quite a few houses with outdoor decorations. I got some ideas for my own porch while we strolled. I like to put out our Christmas decorations, but this year I am a little wary because my dog is a savage. I don't know if we'll put up our regular tree. I'm going to look for an alternative tomorrow. I like Christmas decorations.

Tomorrow I'm going to write Christmas cards to my family and friends. I love to send out Christmas cards. Taking a few minutes to think about my loved ones while I write their names on a card feels special to me, and I do cherish the ritual of writing the cards.

Tonight I am thankful for the joy of the Christmas season. I hope you all feel it too. 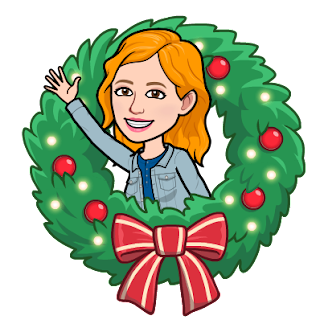 Posted by RedRed at 9:45 PM No comments:

Tonight I'm thankful for a day that went pretty much exactly how I wanted. I had a really nice day.

My favorite part of the day was when we took this family picture right before we ate dinner. I set up the selfie timer on my beloved iPhone and gathered the menfolk. Mac was wandering around and when there was about three seconds left on the timer, she jumped up between MT and I for a classic photo bomb. 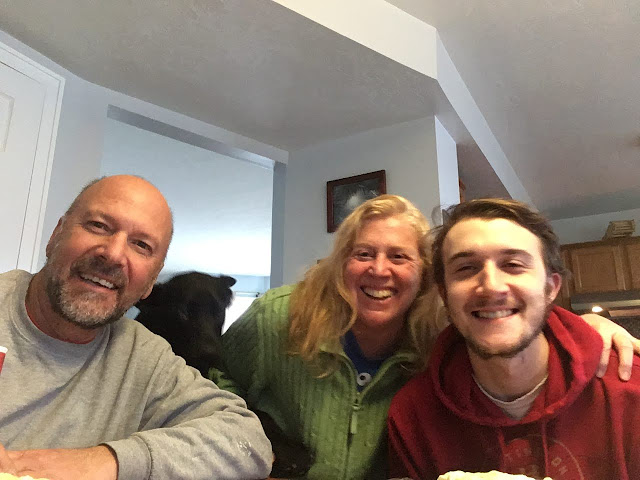 I hope y'all had a great day! Thanks for checking in :)

#2469 thankful for a four-day weekend

It felt good to leave the office a bit early this afternoon as the Thanksgiving weekend kicks off. I was able to take Mac for a walk over at the park, which overall was nice. When I got home, all flushed from the walk in the brisk pre-winter air, I read for a bit then joined in the book club discussion about the short story collection The Office of Historical Corrections.

I took T to work, then MT and I watched a movie on Prime called Small Axe: Mangrove. Both of us really liked it.

That's pretty much how I want this weekend to go: eat, read, watch movies, repeat. Maybe a nap here and there. Some chores sprinkled in on Saturday and Sunday will be fine. I haven't taken much vacation time this year, so I'm happy to treat these next four days as a little stay-cation.

I feel a little warm and fuzzy about it. 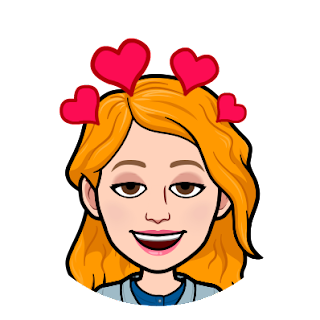 Tonight I'm thankful for the hat I wore on my evening walk with Mac. My ears and head were nice and warm.